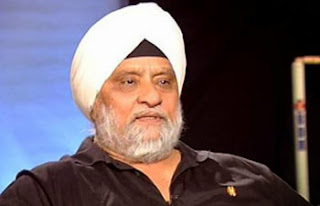 Sneh Prakash Bansal and his panel on Monday swept the DDCA polls with a landslide victory over former India captain Bishan Singh Bedi's faction by procuring more than 70 per cent of the votes.

"The final results will be out in the evening but we have won the elections. Out of 4300 votes, we had already submitted 3400 proxy votes. So it has been a big victory for us. The members have shown their faith in us and we will have to continue doing the good work," DDCA vice-president Chetan Chauhan told PTI.

While Bedi faction raised objections about the manner in which AGM was conducted, Bansal & Co. showed that with the system of proxy votes in place, it's near impossible for an outsider to win an election.

"The proxy vote system is allowed in company act. We are not doing anything illegal. There was an election and we have got the mandate," new president Bansal said after taking over the charge.

About the allegations regarding bungling of funds and age-fudging, Bansal said, "These are all baseless things that there has been bungling of funds. Yes, there has been an SFIO (Serious Fraud Investigation Office) inquiry but corrective measures have been taken. For age fudging, we have followed the standard procedures of BCCI's age related system."

Will Bedi's voice be heard by this committee, he answered, "The offer and suggestions of help have to come from their side."

Sports secretary Sunil Dev, who retained his seat by walloping Madan Lal, said that "proxy system has helped DDCA keep away the unwanted elements from the association or else it would be hell."

Bedi, on his part, was livid in the manner the AGM was conducted.

"The outgoing president while answering a query said that the next match will be held at the Kotla. He perhaps didn't know that this is Delhi's last match of the season.