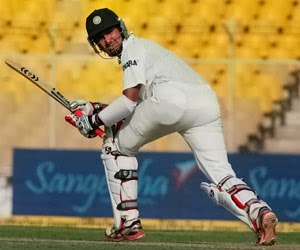 Durban:  Indian batsman Cheteshwar Pujara on Tuesday, sought to play mind games ahead of the second cricket Test against South Africa, saying the visitors had more positives to take from the epic drawn first Test and would like to "build on the gains" from that match.

"If we consider the last match, we have had more positives than South Africa. We batted first when the ball was doing a bit and we batted well. When they batted in the first innings, there wasn't much help from the track, still we came back with our bowling," Pujara said at the pre-match press conference here. (Also read: Steyn hurt after being booed by Jo'burg crowd, says de Villiers)

"In the second innings, they had the opportunity to bat in better conditions. On the last day, we were expecting some more movement from the cracks but it didn't happen. They were lucky enough to survive," India's No 3, who scored an impressive 153 in the first Test, said.

Pujara said that India had a better chance of winning the first Test but it was one partnership between AB de Villiers and Faf du Plessis, that didn't go their way.

"We had very good chance to win the match. But it was one good partnership in a session that didn't go our way. So emotionally and mentally, coming out to play in Durban is a good thing for us. It is a new match and we have to start from scratch. We have to forget what happened in Johannesburg and focus on our plans for this game," Pujara said.

Pujara did not shy away from stating that South Africa didn't go for victory as they didn't have confidence in their tail-enders when asked about the impressive show by the Proteas while chasing a target in excess of 450.

"Only two of their batsmen, Faf and AB scored runs in the whole match. We are confident that we can get their batsmen out. Also, if you notice, they didn't go for victory in the end, so they are not confident about their tail-enders getting runs," the Saurashtra batsman pointed out. (Related: Graeme Smith defends decision to draw Test)

Pujara also said that although it was a very close game, the recovery process after such a taxing encounter hasn't been a problem.

"Nevertheless, it was a very exciting finish and you expect such close contests from Test cricket. There is no problem with our recovery and we are training a lot. So we are fit enough to prepare for the next game."

India fell short by just three wickets in the end, but Pujara asserted that their bowlers had done well even in coming out of the game with a draw after setting a 458-run target.

"It was just one session on fifth day, which changed the game. The one between lunch and tea when we didn't get any wickets. That was the crucial session for us. If we had got one wicket - either Faf or AB - then we would have had a very good chance of winning the match.

"Obviously credit goes to them that they batted well, but apart from that we bowled really well in all other sessions,” said Pujara, giving due credit to the efforts of Zaheer Khan, Mohamad Shami and Ishant Sharma.

He also had kind words for lone spinner in the attack, Ravichandran Ashwin, who didn't pick a wicket in the two innings.

"There wasn't much help for the spinners. But with the kind of line and length he bowled, he was getting a little bit of turn despite fast bowlers getting more help from the Wanderers' pitch.

"Ashwin bowled the right areas and Faf was struggling to play him. He didn't score many runs against Ashwin, if you see. The fast bowlers were mainly supposed to pick wickets for us and he just had to hold the line and length. In the end, Ashwin did his job for us," Pujara tried his best to defend the Tamil Nadu tweaker who has not done well on overseas tours.

Pujara didn't shy away from asking questions as to how Morne Morkel's replacement Kyle Abbott, who hasn't played much international cricket will fit in the scheme of things.

"It will a huge difference for them because the replacement bowler (Kyle Abbott) hasn't played much with this team. Even in Abu Dhabi, he didn't play against Pakistan. So it will be a bit of a bother to them because Dale Steyn is used to bowling with Morkel in a partnership".

Pujara did admit that Imran Tahir's poor show and Morkel's injury helped the Indian team's cause.

"Tahir didn't bowl well in that match. South Africa will be disappointed in his bowling because he had to do a specific role and he couldn't do it. Indian batsmen are always good against spinners and we did score many against Tahir and Duminy, and they had to bowl because Morkel was injured".

Dale Steyn didn't have a great Test match but Pujara by no means would like to underestimate the fast bowler.

"Of course, it is good for us that Steyn didn't pick any wickets in the match. But he's a very good bowler and nobody in our team will under-estimate him for this match. When you score runs, you get to know about the bowlers' strategy and their lengths."

Pujara said that his first overseas Test hundred has given him a lot of confidence.

"It becomes a bit easier in the next game, but I am not saying that I can walk in there and do the same in this match as well. I will have to work hard obviously, but I had the confidence to score runs overseas because I have been on many A-tours to Australia, England and here as well earlier in the year," he said.

Irrespective of the bowling attack, his partnership with Kohli at number four will once again be crucial to India's fortunes when they bat together in the second Test.

"We had two perfect partnerships. Let us hope we can continue to bat well together in this match as well," Pujara signed off.
Posted by Ankita Kapoor at Thursday, December 26, 2013