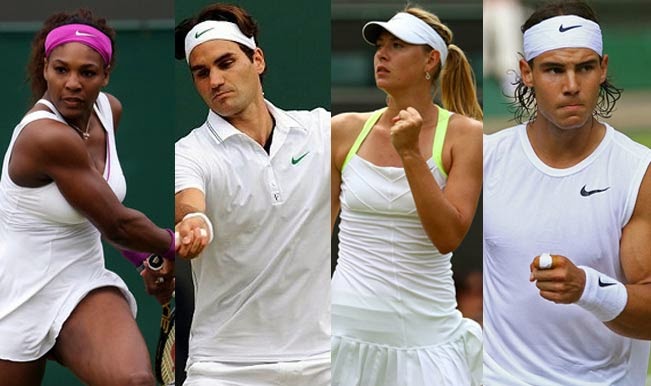 Day 2 of Wimbledon Championships will mark the entry of heavyweights of the tennis world. The day could not get bigger and better with the names like Roger Federer and Rafael Nadal from the men’s side to take court. As for the ladies’ action is concerned, on and off court rivals Serena Williams and Maria Sharapova will play their opening round on Tuesday at the All England Club. Wimbledon 2014 has been different as either out of Roger Federer and Rafael Nadal played on Day One.

Wimbledon 2014 has been in created some stir with its rattling guidelines and unique seeding that saw Rafael Nadal being seeded second behind Serbian Novak Djokovic. The organisers also came under scanner as they gave a green signal over the name of Sabine Lisicki of Germany ahead of five times Wimbledon Champion Serena Williams to begin the play on Centre Court. This tricky scenario occurred with defending champion Marion Bartoli of France retitiring just a month after winning her title at Wimbledon and not returning to defend. Wimbledon organisers went ahead with last year finalist Sabine to start the proceedings on the Centre Court.

Take a look at some of the important matches of the day: