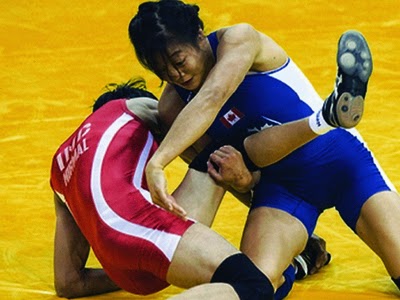 Melbourne, Jun 24: The Australian women’s wrestling team for this year’s Commonwealth has an Indian connect to it with the Punjab-born Rupinder Kaur making the cut in the three-strong squad for the July 23 to August 3 event Glasgow. Kaur will compete in the 53kg division.

In an interview to SBS Punjabi radio channel recently, Kaur said she is set to compete internationally for the first time. ”This is the first time I am participating in an international game for Australia as I did not have my permanent Australian residency,” Kaur said. Kuar, who migrated to Australia seven years ago from Punjab, said she had won many gold medals in several National Games in Australia.

“I was born in Patiala.?I was into Judo and played national level competition at school,” Kaur disclosed. ”However, my coach encouraged me to join wrestling. I took part in all national games in Australia including Australian cup and have won Gold Medals,”?she said. ”Everyone in my family and friends have always been very supportive. They have always encouraged me and have been happy to see my success in the game,” she said.