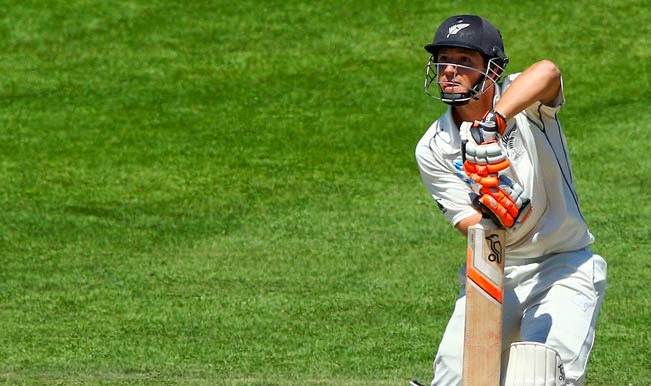 At the close of Thursday’s penultimate day, New Zealand were 257 for eight – only 18 runs ahead – and with little hope of preventing West Indies from completing a series-levelling victory, reports CMC.

Mark Craig, in his second Test, was unbeaten on a defiant 29, and was involved in a vexing 45-run, ninth-wicket partnership with Watling, which kept West Indies at bay for the last 100 minutes of the day.

When Ish Sodhi perished for 14 in the fifth over after tea and Tim Southee (15) fell 20 minutes later to leave New Zealand on 212 for eight, West Indies appeared to be closing in on a four-day victory.

But Watling buckled down in an innings that has so far consumed 150 balls, lasted four hours and 14 minutes, and included two fours. He found an ally in Craig who has faced 102 deliveries in 104 minutes, and counted three fours.

Roach has taken three for 53 while fellow seamer Jerome Taylor and combative left-arm spinner Sulieman Benn claimed two wickets apiece. It was Benn who proved the key man for the West Indies, claiming two of the three wickets to fall in the first session, as New Zealand slipped from their overnight position of 73 for one.

Bowling in an unbroken spell through the morning session, the lanky Benn got rid of unflappable opener Latham and Jimmy Neesham for seven, to leave the Kiwis on 126 for four at lunch.

He removed Latham in the ninth over of the morning, getting one to bounce and turn and take the batsman’s glove for Kraigg Brathwaite to take the catch close in. The left-hander added just six to his overnight 30.

Williamson, unbeaten on 38 overnight, plodded on circumspectly and brought up his half-century with a single to cover off Benn, in the fourth over after the drinks break.

He saw New Zealand past 100 before falling, flirting with a widish delivery from Roach and nicking to wicketkeeper Denesh Ramdin. The right-hander faced 178 balls in just over 3-1/2 hours at the crease, and struck five fours.

New batsman Neesham drove Roach sweetly past mid-off for four to get off the mark but lasted just 15 balls before falling in the penultimate over before lunch, to a brilliant return catch by Benn, one-handed diving to his right.

In the final over before the break, Taylor hit Roach for two fours to be unbeaten on 28 along with Watling, yet to score. On resumption, New Zealand got early boundaries when Watling cut fast bowler Shannon Gabriel past gully and Taylor swept Benn fine.

However, Taylor found himself tied down and attempting to break the shackles, played a rash drive at Gabriel and edged behind to Ramdin at 153 for five, about 50 minutes after lunch. He faced 88 balls and struck six fours, in two hours at the crease.

Rutherford, batting down the order because of illness, then frustrated West Indies for nearly an hour without really threatening. He flicked Gabriel square for four to get off the mark but then grafted his way through the session. 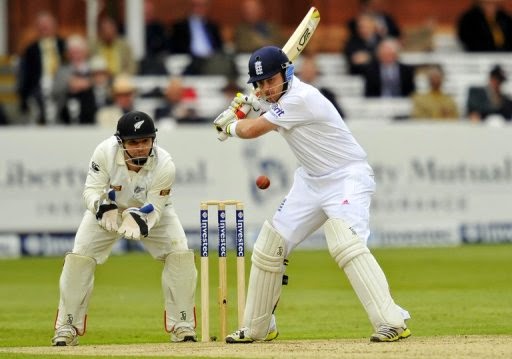 He got a streaky boundary through slip off Taylor but then succumbed in the bowler’s next over, the third before tea, lbw offering no stroke to one angled in.

Watling was unbeaten on 18 at the interval along with Sodhi on three, but the latter top edged a cut at Roach to Ramdin to fall for 14 in the fifth over after the break, with the Black Caps on 193 for seven.
Southee livened up things little, cracking two fours and a six – a mighty blow over long-on – in one over from Gabriel but succumbed in the next over to a brilliant diving catch by Kirk Edwards at cover off Roach.

Watling and Craig then blunted the West Indies attack until umpires finally pulled stumps late in the day.