Camera is a responsive/adaptive slideshow. Try to resize the browser window
It uses a light version of jQuery mobile, navigate the slides by swiping with your fingers
It's completely free (even if a donation is appreciated)
Camera slideshow provides many options to customize your project as more as possible

South Africa Legends have announced their squad for the Road Safety World Series, gets underway on March 7.This squad includes a number of former legends including the likes of Sachin Tendulkar, Brian Lara, Brett Lee, Muttiah Muralitharan, and Jonty Rhodes to lit up the competition. 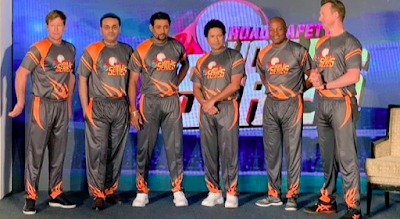 Email ThisBlogThis!Share to TwitterShare to FacebookShare to Pinterest
Labels: News

India have confirmed 60 positive cases in the COVID-19 Coronavirus outbreak which has led to over 4,500 deaths globally.The Indian government issued a fresh advisory with a ban on all foreign visas, except a few categories like diplomatic and employment, till April 15 amid the novel coronavirus scare in the country. 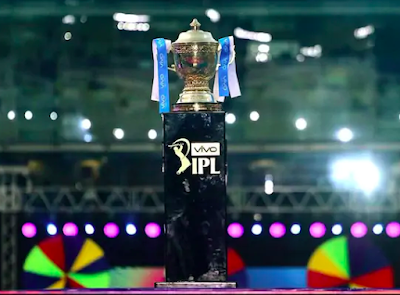 As a result, No foreign player will be available until April 15 due to the aforementioned restrictions imposed by the Indian government."The foreign players who play in the IPL come under the Business Visa category. As per the government's directive, they can't come till April 15," a BCCI source told PTI on conditions of anonymity.The new edition of the Indian Premier League is scheduled to start on March 29.
Posted by Ankita Kapoor at Friday, May 15, 2020 0 comments

IPL could be canceled due to Coronavirus

The 13th season of the Indian Premier League is on the verge of cancelation after India's Prime Minister Narendra Modi declared a 21-day lockdown to tackle Coronavirus (COVID-19) outbreak in the country.

The cancellation of IPL looks inevitable. 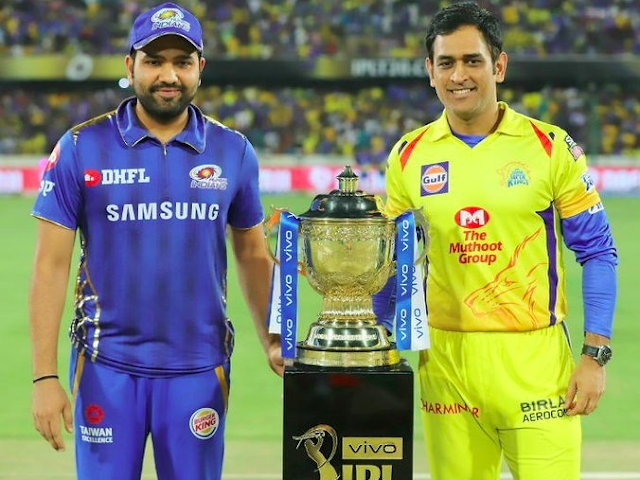 BCCI had already postponed the star-studded eight-team league to April 15 earlier this month. However, the situation around the pandemic worsened since then with confirmed cases surging towards the 500-mark in India.Sporting events around the globe have been affected by the pandemic. The Tokyo Olympics 2020 has been postponed to 2021.
Posted by Ankita Kapoor at Friday, May 15, 2020 0 comments

Email ThisBlogThis!Share to TwitterShare to FacebookShare to Pinterest
Labels: IPL

The pandemic has already affected more than 1 million people across the globe. All kind of sporting events including cricket has been canceled.But apart from all this crisis, the pandemic has caused as many as eight Aussie cricketers have been forced to postpone their wedding functions. 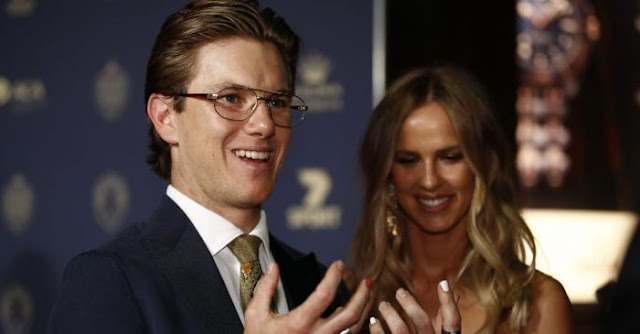 The eight cricketers are Adam Zampa, Jackson Bird, D’arcy Short, Mitchell Swepson, Alister McDermott, Andrew Tye, Jess Jonassen, and Katelyn Fryett.The situation down under has been quite bad recently. Everyone has been advised to stay at home to slow down the virus.
Posted by Ankita Kapoor at Friday, May 15, 2020 0 comments

Email ThisBlogThis!Share to TwitterShare to FacebookShare to Pinterest
Labels: Australia

Pakistan batsman Umar Akmal has been banned for a period of three years from all forms of cricket on corruption charges the country’s cricket board on Monday. 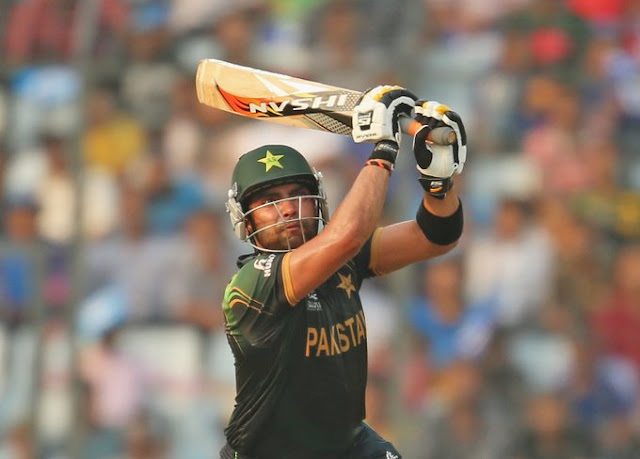 305 people are talking about this
The PCB officials had charged the 29-year-old middle-order batsman in two separate cases for failing to report corrupt approaches in the Pakistan Super League (PSL) season 5.His last appearance for the national side was against Sri Lanka in October 2019.Akmal has played 16 Tests, 121 ODIs and 84 T20s for Pakistan.
Posted by Ankita Kapoor at Friday, May 15, 2020 0 comments

Three of the most memorable Ashes Test matches


Australia and England have played out the fiercest rivalry in the sport of cricket since The Ashes began in 1882. The battles have been even throughout the history of the duel, with the Aussies edging the series won by one as a result of their 33 triumphs to the Three Lions’ 32.

The Baggy Greens have been more successful in individual Test matches, boasting 136 wins compared to England’s 108 – the majority of which came in a dominant hold of the urn for 16 years from 1989 to 2005. There has been little between the teams in recent years, although the 2-2 draw between the sides in 2019 allowed Australia to retain The Ashes heading into the 2021/22 series down under. 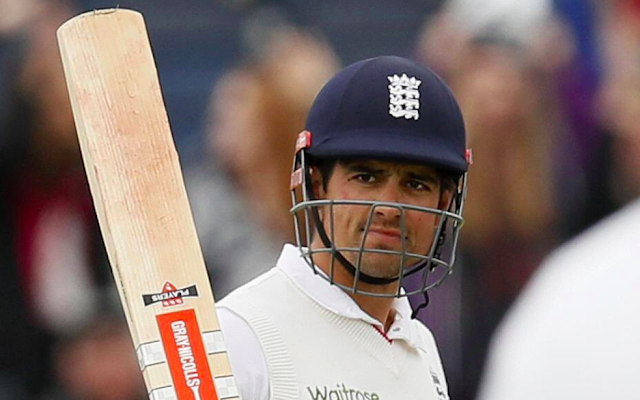 There will be no doubt be more classics to add to the number of matches that have been played over the years, but there have been some truly remarkable games to have occurred over the last 15 years. We’ll now look back at three of the best Tests that have been defining in the history of the Ashes.


England were staring down the barrel after being skittled for 67 in their first innings, facing the prospect of losing the urn for the second series in a row. Joe Root’s men required 359 to save the series to pull off a miraculous escape. Although Ben Stokes and Root put forward a brilliant effort, England’s hopes looked to be dashed when they required 73 runs with just one wicket remaining.


However, Stokes produced perhaps the finest innings seen in Ashes cricket to defy the Baggy Greens, singlehandedly dragging his team to victory – albeit aided by the resilience of Jack Leach at the other end. Stokes ended with an unbeaten century to level the series, and although Australia would retain the Ashes, England produced a rear-guard effort to maintain their unbeaten record on home soil since 2001 against their bitter rivals.

It appears the Three Lions will need Stokes firing on all cylinders in their bid to regain The Ashes next time out in Australia, with the Baggy Greens being backed as the leading contenders in the cricket betting odds to win the series in the 2021/22 when they host Stokes, Root and company.


Australia had a point to prove after their 2005 Ashes defeat, and they came out of the traps firing on all cylinders against Andrew Flintoff’s England at Brisbane. Ricky Ponting’s men won the opener by a dominant 277 runs and headed into the second Test in Adelaide with momentum. The Three Lions hit back by scoring 551/6 in their first innings courtesy of a double-century from Paul Collingwood. England had Australia under pressure at 65/3 and it could have been even better, but Ashley Giles dropped Ponting on 35.

The Aussie skipper would go on to score 142, while a Michael Clarke century and an innings of 91 from Mike Hussey allowed the home side to close within 48 runs of England’s total. Flintoff’s men collapsed under the pressure on the final day as Shane Warne tore through their line-up, bowling the tourists out for 129. The Aussies were relentless and knocked off the winnings runs with time to spare. The devastation of the defeat resulted in a complete capitulation from England on the tour, which saw Australia secure a 5-0 whitewash.


This Test was perhaps the most critical in the recent Ashes history. England had high hopes of ending Australia’s 16-year hold over the urn entering the 2005 series. However, the Aussies came out firing at Lord’s, romping to a comfortable victory after both bowling attacks traded barbs. Fortune turned in England’s favour before a ball was bowled in Birmingham as Glenn McGrath turned his ankle after stepping on a ball in the warm-up. The home side capitalised by putting 400 runs on the board bowling out the tourists to take a 99-run lead into their second innings. The Warne factor turned spoiler as he put England in a spin with figures of 6/46.

Flintoff guided Michael Vaughan’s side to a decent total to leave the Aussies requiring 282 for victory. Further brilliance from England’s all-rounder and the rest of the pace attack put the home side on the brink of victory. When Warne tread on his own stumps on the final it appeared to be a formality, with only one wicket needed.

Brett Lee and Michael Kasprowicz had other ideas and whittled down the total from 62 to within three runs of a famous victory. Steve Harmison delivered at the crucial moment for England, getting a feather of a glove from Kasprowicz to land into the gloves of Geraint Jones. Cue raucous scenes at Edgbaston with a victory that would define an incredible series.
Posted by Ankita Kapoor at Friday, May 15, 2020 0 comments